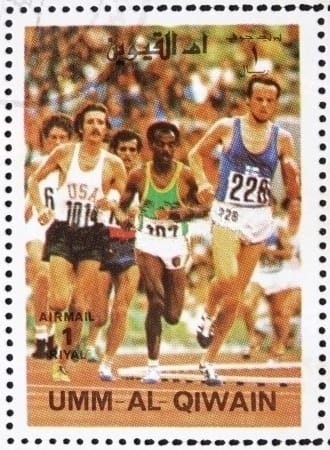 When the game doesn’t go as planned, mistakes accumulate, and pure bad luck just seem to be shadowing every move. This is the moment where true sports heroes and losers are made. The unprecedented comeback. The fall of the mighty. David and Goliat. Loss into insignificance. Becoming a legend. You name it. What makes the difference? The attitude. Many people would agree to that. Me too, so let’s have a look. As always, this is one angle, not the full set, but I’m sure you, the athlete, will find some new ideas.

I’m going to focus in a situation that is after a drawback or big mistake when the game is still on. When spectators see a game, these moments are remembered. For an athlete, I feel this is one of the most difficult situations, as those events often takes the mind away from the optimal state. Some might just give up. And these things happen. The athlete can train hard and master her sport, but never she is fully in control of the game. No matter how good you are, there’s always the weather, the opponent, the spectators. The equipment may break. Anything can happen that is out of the athlete’s control. So be prepared.

The consequences are well known. There are several reasons why such a situation can affect negatively on the athlete’s performance. First, it may easily trigger an “avoidance” pattern, where the athlete later in the game just focuses on not making the same mistake again or trying to prevent it to happen again. So she avoids doing the same thing again.  As described here, this strategy might introduce goals that are not very practical, as the focus might go to irrelevant things. Focusing on what not to do. That’s not always good.

Second, such a situation typically also triggers bad self-talk, which can be extremely destructive to the performance. “Damn, I’m stupid“, “Now I’m going to lose“, “I lost my touch, I can’t do it“.  I personally think that bad self-talk is actually a common form of mental violence towards oneself.

Other elements exist, too. Like torturing oneself with a imaginary mental picture (or even better, a movie!) of a sad and beaten person while other people are laughing. Or the loss resulting the end of the career. Or… you name it.

As a summary, the mistake affects many of the decisions the athlete will do later during the competition because they just feel shitty.

How to avoid those problems (or how to keep the winning mindset after a bad situation)?

I guess we all agree that if the athlete can overcome the bad feelings of a mistake, she’s already on a better trajectory. Does this mean that she should be happy about the mistake? No, of course not. But it means that she should have something else, something more productive, to think about.

In short, a better strategy for the athlete would be:

Of course, these are not the universal two steps to forget a mistake, but it’s a good example.

In some cases it’s enough just to jump directly to step 2 and give your mind a better target. Where do you focus on? As we all know, the focus can easily be steered by using questions. Focus is one of the things that are very fast to change, and you can do it deliberately. Put your focus into your immediate goals that are in your own control. Like your own behaviour. “What is the thing I want to accomplish now and how I will do it?” “What helps me to do it with full speed?“, etc.  I’m sure these give you different ideas than “why did this happen?” or “what shouldn’t I do to repeat the same mistake?”  As a result and an answer, the athlete immediately thinks about something productive and beneficial. Try it yourself.  “I want to show off  and I will push as hard as I can towards the goal.” So, you may want to picture your next step “towards” something (“I’m shooting to top right corner with good confidence“), rather than  “away from” something (“I just can not repeat the same mistake I did!“)1.

If the athlete just can not think anything else than the past situation, the feeling needs to be dealt with first. In order to make the feelings less dramatic, it is important to let go of the past events. Well, Captain Obvious, how to do that? There are many techniques, but couple of guidelines can be given. It’s crucial for the athlete to be “here”, not in the past. It’s generally a prerequisite for a good physical performance.  Typically a good first step is to shut down the inner talk, that has kicked in. So, make a conscious decision and stop it. Yes. Now give it a try. You can turn it off like you would have a volume knob in your head. Turn it quieter. quieter. quieter. *Snap* [off]… … … … … Doesn’t it feel good to know that silence can be achieved so easily? Being in “real-time” is important. Whatever bad happened, it happened already.  If the mistake was done or something bad happened, it’s in the past, isn’t it? And now the athlete is in a situation where she thinks of her next move. Think about it – it really doesn’t matter how you got there, in that exact situation: by doing a mistake or by doing something great. The fact is that you are there. What matters is what you will do next. You know this, too.  Now start asking those questions, and answer with decisiveness. Act. And feel free to turn up the volume if you want to.

But where is the attitude here?

The questions you ask yourself exemplify and express your attitude. They give you the direction. And not only the questions, but also other things, like the tone of your own voice, and the mental pictures or movies you see about the future. They define the attitude you are going to express. Where do they come from? They come from your values and beliefs about yourself, the game, the opponent. By asking questions, you streer you focus into something, which helps you to change your direction.

Try it yourself. Make sure that both your inner tone of voice and your questions exude the attitude that you are looking for with the right focus. See the inevitable events that you are about to create with your decisive actions. Respond to your own questions immediately with the exactly right tone and encourage yourself, because you know what to do. And then go for it.

1972 Summer Olympics in Munich. 10 000 m finals. Lasse Viren falls down on the track in the middle of the race. He gets up, catches everyone. In the end (at 1:35 in the video)  starts an unprecedented 600 m final sprint. He wins gold. And by the way, makes a new world record. What do you think – was he angry at himself, at rage, or calm and focused? How did his inner voice sound like? Did he see pictures or movies what the end of the race would hold. Or did he just..act.

1. Avoidance is not always a bad thing, and there are situations where it’s useful, so let’s not automatically put a bad label to it. ↩